Skip to content
Richard Holmes on ‘Being President for the Day’ 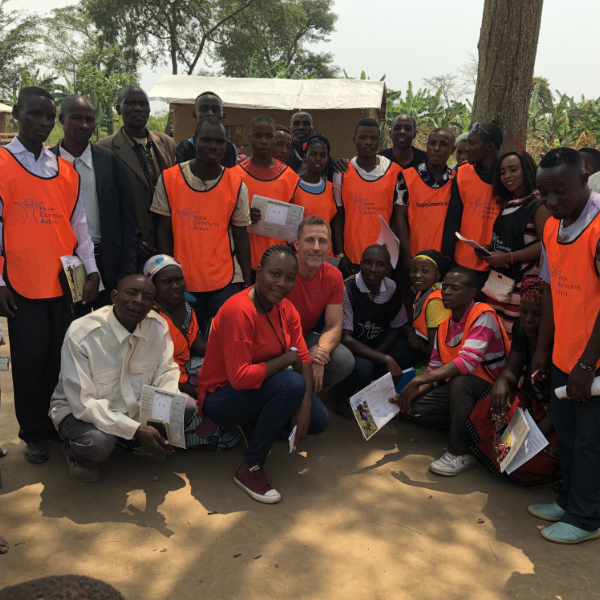 Richard Holmes on being president for a day

On a recent international development trip to Uganda, Richard spoke with three people from very different countries and asked what they would do if they were president for a day.

A couple of weeks ago, returning from a visit to a refugee settlement 5 hours west of Kampala in Uganda, I found myself in the company of three very different people from separate countries in Sub-Saharan Africa, and I used the time to interview them about their thinking for improving the future of the region.

I aksed them to pretend they were elected president for the day of their native countries; Rwanda, Uganda and Zimbabwe; and to state the top three policies they’d start their presidency with.  Their responses were fascinating and insightful, but before listing them, it’s good to understand some of the challenges their countries face.

Rwanda is a country still trying to recover from the ethnic genocide in the 1990s when 800,000 people lost their lives in 100 days.  In many ways its economy has recovered well and poverty and inequality has reduced, however healthcare remains poor as does its reputation over its political and human rights.

Uganda remains a poor country despite an abundance of natural resources, and it’s plagued by corruption and poor management.  To add to these challenges, it’s a country with over 1.2 million displaced people from conflict in surrounding countries, and the remnant of displacement as a result of internal conflicts.

Zimbabwe was once known as the bread-basket of Africa, with rich natural resources and a productive agricultural sector, but the country has been in economic crisis since the 1990s and currently there is hyper-inflation, shortages of fuel and food and a general unease in the country.

First up for being President for the day was John (names changed), an NGO worker from Rwanda.  Here are John’s top three policies:

Next up was Peter, a taxi-driver from Uganda and Peter’s top three policies are:

And lastly was Sarah, an international development worker from Zimbabwe:

I also asked my fellow travellers to state their views on the future of international aid.  All three people stated that they would like to see aid phased out as their countries reached their stated development goals.

At times the conversation became a little heated as the evident pride and passion the three contributors had for their countries of birth came to the surface.  It pained them to see their countries unsuccessfully trying to tackle serious development issues and the effect that corruption, poor leadership and conflict had on every-day people.  In particular, they feared for children and the lack of opportunity for the next generations.

In some ways being the interviewer was the easy part, it became more testing when they turned the tables on me, asking me to state my three policy priorities if I were President of the UK for a day.  I talked of the UK’s European challenge, funding the NHS and my view on trickle-down economics. For this article, I take the fifth.