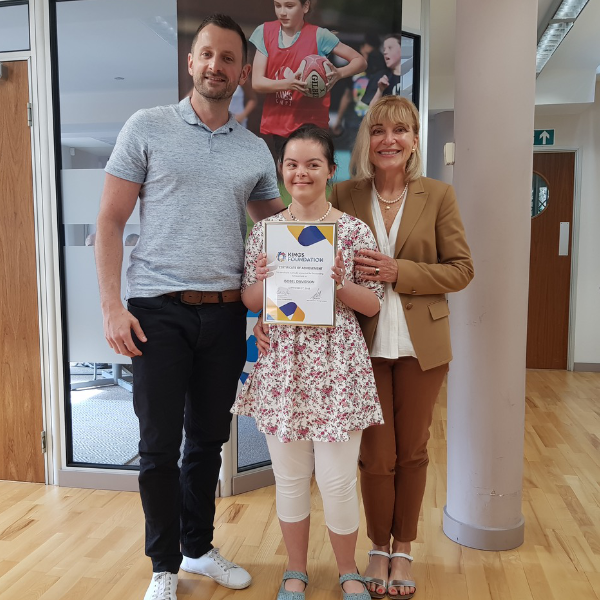 “It’s helped me for my future and I love it there. I will be back next summer.”

Isobel Davidson, aged 19, has been recognised for her hard-work as a Work Placement coach at Kings Camps, at Ashville College in Harrogate over the summer holidays, with an Outstanding Achievement Award.

Celebrating her seventh year with the camp, Isobel, who has Down Syndrome, started her Kings journey when she attended as a child at the age of 12, joining the coaching team at the start of this summer.

Mum, Jacqueline, reflects on her experience with Kings Camps, “It was always difficult to find clubs and groups willing to accommodate Isobel’s needs. We were often asked to provide one on one support, which made lots of activities expensive and unattainable. Kings Camps always found ways to involve her within a group, giving her the opportunity to learn from and communicate with other children on the camp and develop her skills.” 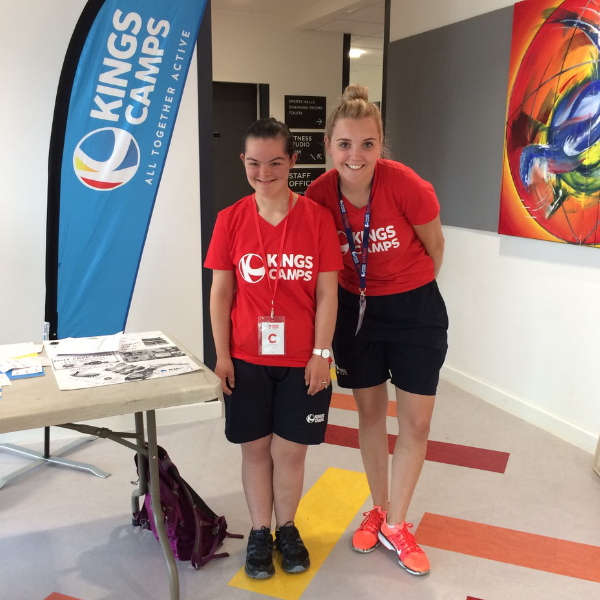 As a child on camp Isobel loved engaging in sports and activities. When she turned 13, she joined the camp’s Rookie programme, which is designed for children who are interested in learning coaching skills. During this time, she also used her initiative and turned hints and tips she saw in TV shows, such as ‘Supernanny’, into tools she could use on camp.

Isobel attended Kings Camps as a Rookie for four years and flourished in her role. She was even given the specific role of ‘crowd control’, thanks to her ability to calm excitable groups of children when they needed to listen to instructions.

At the age of 18, when Isobel became too old to attend camp, it was a suggested she applied for a Work Placement role. After a rigorous interview process, Isobel was offered the position and joined the team this summer.

“Isobel has been an asset to the team at Harrogate this summer.” Says Nick Brushett, Operations Director for Kings Camps. “From her energy in games and activities, to supporting coaches in running a smooth camp, Isobel has excelled in her role. Her Outstanding Achievement Award recognises her hard-work and we can’t wait to welcome her back next year.”

Isobel says that being a Work Placement at Kings Camps has built her confidence, and helped her learn about kindness and helping children and coaches, “It’s helped me for my future and I love it there. I will be back next summer.”

She also volunteers as an assistant in Harrogate Hospital café, represents CraftAid International in Schools as an ambassador and assists at Act Academy.